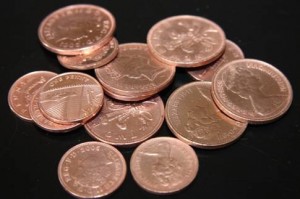 The question we were recently asked was “can copper be used in other large volume applications at the intersection between its properties and potential new market trends”.  In effect the client was asking for a major new growth platform for a very old material.

Copper has a number of important properties that stimulate its usage including strength, durability, resistance to corrosion, aesthetic qualities, workability, high thermal conductivity, high electrical conductivity, antimicrobial efficacy and prevention of bio-fouling. Unfortunately copper is also at risk of substitution and disruption that needs to be defended, for example optical fibre, new advanced materials and alloys.

Copper is currently used in:

Copper also has other properties that, whilst interesting, are more difficult to exploit in large volume terms.  These include: raney copper has been used as a catalyst, oxygen-transporting protein using the chelate effect and uses for the capture of acid gases.

We approached this question by examination of the properties of copper and then converting this into the sorts of functions/applications and markets possible.  We carried out initial deskwork followed by discussion with nu Angle’s network of experts.

A list of experts was drawn from areas such as surface chemistry, metallurgy, life sciences and engineering. One criterion for this list was that the experts had to have had some sort of commercial role in the past.

The client and nu Angle then structured half-day workshop with a subset of technology and commercial experts identified.

Over one hundred ideas where generated and were clustered into areas that included catalysis, building materials, super conductivity, new energy devices, capture of greenhouse gasses.  The client is still working to refine the individual ideas into new used for copper.

We would be very interested to hear from anyone about possible large volume opportunities?